The Story behind Idaho Forge

Meet Vince Bergkamp, a veteran blacksmith with over 30 years experience.

I was born in Wichita, Kansas and grew up on our family farm nearby.

I started welding at 12 years of age, a skill I picked up through a combination of observation of my father and uncle, as well as trial and error. I remember being a child, bending metal over a Vulcan anvil in our farm shop.

Well-read in the novels of Jack London, as a young adult I sought out an adventurous wilderness lifestyle in Alaska in 1976.  As I settled in the state, in addition to blacksmithing, I learned the skill of shoeing horses, a role known as being a farrier. Inspired by this new-found skill, I organized the first Alaskan Farriers clinic in 1986, which I ran for the next 16 years.

Having an opportunity to visit the Land of the Midnight Sun was a big attraction for some well-known and highly skilled European blacksmiths. Subsequently I was fortunate to receive instruction from second and third generation artisans from the United Kingdom. Having been the beneficiary of so much expertise, I now enjoy passing on this knowledge through one-on-one instruction and through demonstrations.

Additionally, I have entered numerous farrier and forging competitions, which have done much to increase my skills in the craft.

“I often dream of the different forms I want to forge out of iron. Iron and steel is a wonderful medium in which to work.” 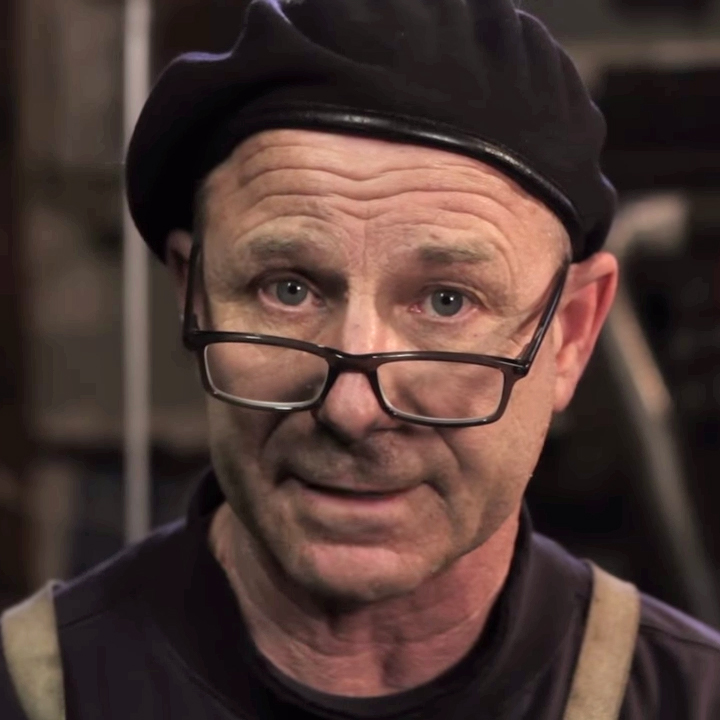 "I love iron—it is the stuff of which the frame of the earth is made and you can make it say anything you will. It eloquently responds to the hand at the bidding of the imagination."

One of my favorite projects was an altar railing for St Michaels Catholic church in Palmer, AK. I have also done three commissioned prices for the Bureau of Indian Affairs in Anchorage, including stands for a canon and bell from a 1700’s sailing ship.

While I take great pride in all of these notable accomplishments, the vast majority of my work has been for homeowners. I know having these uniquely crafted works mean a lot to my clients, which means the world to me.

In 2015, my wife and I moved just north of Eagle, Idaho to be closer to family. Since then I have been reestablishing myself as a professional blacksmith in the state, including instructing and doing various iron work projects.

As you can hopefully infer from the above, blacksmithing is a great love of mine. When asked why it means so much to me, I like to defer to Samuel Yellin, an American master.